The Collection of Writings by Virginia Women is located on the 5th floor of the Lipscomb Library in the Robert C. Watts Rare Book Room. 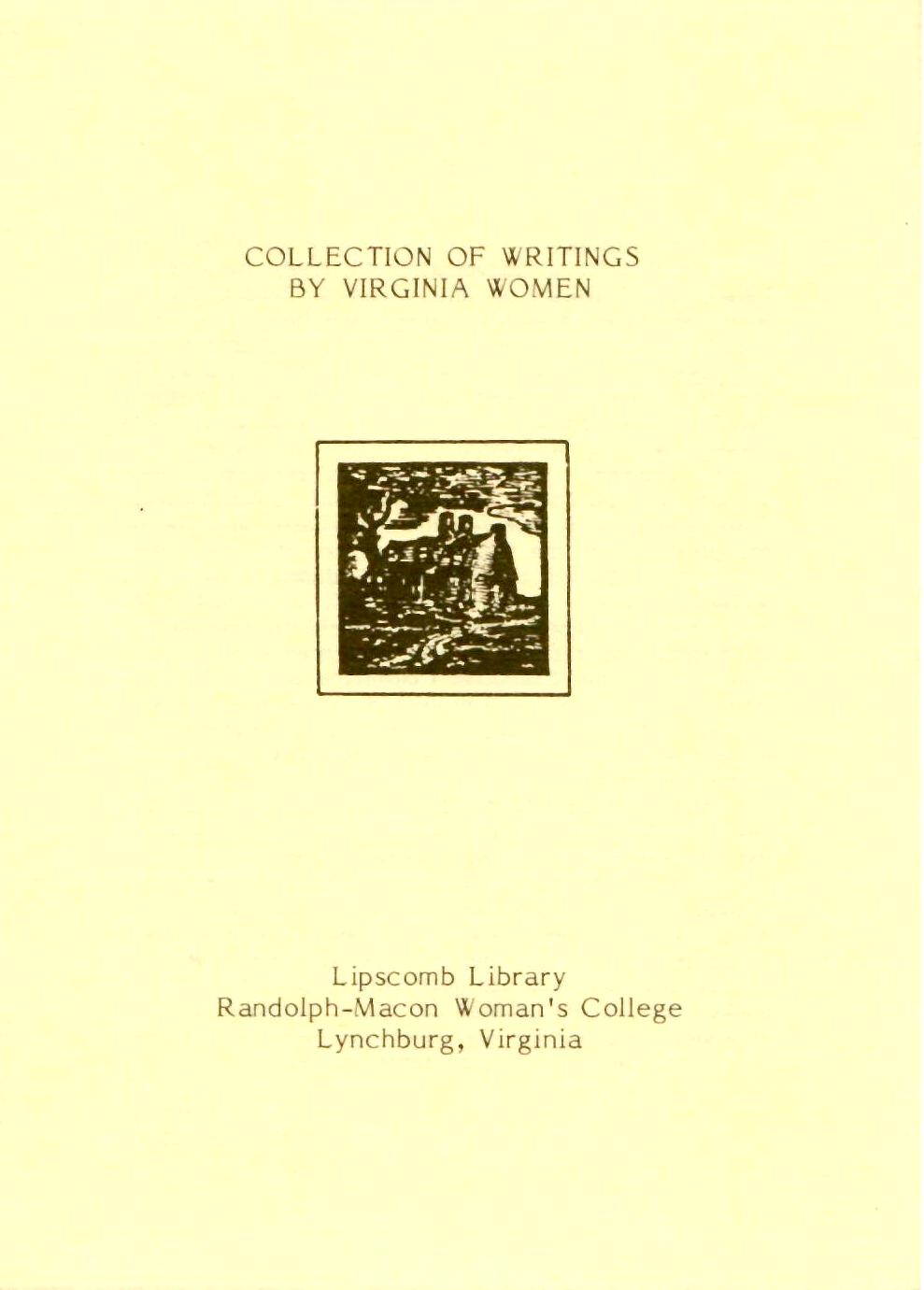 Materials in Lipscomb Library's special collections cannot be checked out, but members of the Randolph community and visitors to campus can access them by appointment. To schedule a visit or consultation, contact the library.

History
The Collection of Writings by Virginia Women had its inception in a conversation between Herbert C. Lipscomb, Chairman of the Classics Department at Randolph-Macon Woman's College, and Douglas Southall Freeman, editor of the Richmond Times-Dispatch. As the two scholars walked along the shore at Virginia Beach in the summer of 1937 the idea of a woman's college building a special collection of writings by women evolved.  Professor Lipscomb presented their thinking to Mrs. Powell Glass, president of the Alumnae Association, and it received the enthusiastic approval of the president of the College, Theodore Jack.  As the result of a meeting between Mrs. Glass and Dr. Freeman, a proposal was made to the Executive Committee of the Alumnae Association to adopt the collecting of books by Virginia women.  The project was inaugurated in March 1938 and has resulted in the collection, which continued to grow through the mid-1990's.

Significance
The Collection of Writings by Virginia Women was intended to be an inclusive one, acquiring separately published writings by any woman born in Virginia or identified with Virginia by extended established residence.  The CWVW therefore includes not only works of acknowledged literary merit by such writers as Willa Cather and Ellen Glasgow, but also lesser known and long forgotten volumes--the privately published poems, the juvenile fiction, the local histories, the family biographies, the gardening books, the scholarly monographs, the historical romances, the cook books, the diaries, and the autobiographies that document the complex cultural heritage of generations of Virginia women.

It is exactly this inclusive quality that now makes the Collection such a rich source of materials for the compiling of women's history and for the study of individual women writers whose works are now out of print.  For scholars, this provides an important perspective on Virginia's cultural history in what more than 750 women from three centuries chose to write, what they were able to publish commercially or were determined to publish privately or what they wrote without expectation of ever being published.  Writing within the limits of their own experience, historically bounded by home, church, garden, schoolroom or family journey, Virginia women have nevertheless expressed themselves in published form.